It’s 2007 when four artists come to a turning point in their lives. They are Davide, Stefano, Valentina and Giulia; after years with the company Kataklò they have already faced several different artistic realities, and set foot on the most prestigious stages all over the world, but now it’s time to make a decision. Keep following the old path, or take some risks and try and create something new? The answer is quite obvious: “Liberi di… Physical Theatre”.
The newborn company takes its first steps under the big top of the “Piccola Scuola di Circo “ in Milan, where the encounter with artists with different backgrounds enriches the style of its members. They are now working everyday side by side with jugglers, actors, acrobats and directors: un incredible mix of energies, held together by the magic of such a place and nurtured  by an undeniable touch of clownerie. During the season 2007/2008 “Liberi di…” takes part to the tour “La Divina Commedia, L’Opera” in which the artists perform as acrobats and dancers, after the tour Giulia, one of the founders leaves “Liberi di…”  to join the cast of “Cirque du Soleil”, Davide, Stefano and Valentina concentrate all their energies on the project “Liberi di…”. They recruit new artists and create the first important productions: “Spettracolo” and “Inverni”. During these years the company starts its cooperation with international renowned agencies such as “K Events” and “Selection”.  It is with “Selection” that “Liberi di…” creates the shows to be performed on board cruise ships for “Costa Cruises”. In 2012 a new production is created: “In_Evolution” and in 2014 their latest creation “Something” comes to life. Nowadays “Liberi di… Physical Theatre” is a well known entity in the live show business, it works in different fields ranging from theatre to events, and has its own school, for acrobatics, aerial acrobatics, dance, and much more, besides teaching in the most prestigious schools and academies in Milan and all over Italy.
The one desire that pushes “Liberi di…”  and that makes it all possible is always the same: communicating through one’s body, thrilling and surprising the audience, always remembering that curiosity is the seed of continuous growth, and facing the world as a place with no borders and no gravity.

The company was founded by Davide Agostini, Stefano Pribaz, Valentina Marino and Giulia Piolanti (she is now performing for Cirque du Soleil). Four artist with a high level experience in gymnastics, they all have then studied and practiced circus arts, acting and dance, to offer the audience a unique mix of emotions through the expressions of their movements and the magic of music. 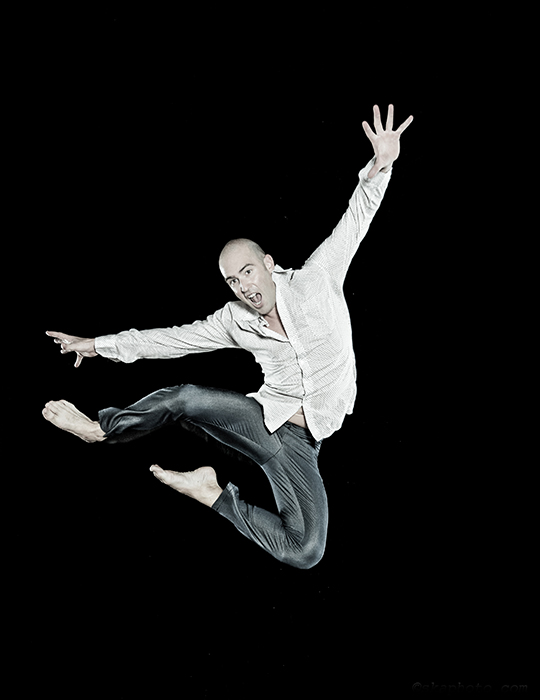 He was born in Schio on May the 21st , 1976. His career in artistic gymnastics starts when he is 6 years old, and will bring him to compete to the highest national levels. After his sport career he attends the University Institute for Motor Science in Padova, and meanwhile, driven by his passion for music and dance he enters the company “Kataklò athletic dance theater” and takes part to all the productions and events of the company for 7 years, touring around the world and performing at the opening ceremony of the Olympic Winter Games in Turin in 2006. Besides his performer career, during these years, he also goes through his own educational path, studying dance with several international renowned teachers such as Sonia Bianchi, Gus Bembery, Dmitri Chabardin, Anna Rita Larghi, Paola Corio, Gaetano Petrosino, Michele Oliva, and many more. He also takes drama lessons at the “Quelli di Grock” academy and with Nadia Buzzetti. His Kataklò experience comes to an end in 2007 and in the following season he is in the cast of “La Divina Commedia, L’Opera” where he perfoms as a dancer and acrobat.  It is after this new experience, that, moved by the strong will to go back on stage with his own ideas, he founds “Liberi Di… Physical Theatre”. The physicality and elegance of the performance, together with an original study of the characters become the distinctive features of the newborn company, already able to self support and produce its own works despite the difficult economic period. Teacher in the most prestigious dance academies in Milan he is now choreographer and artistic director of the company.] 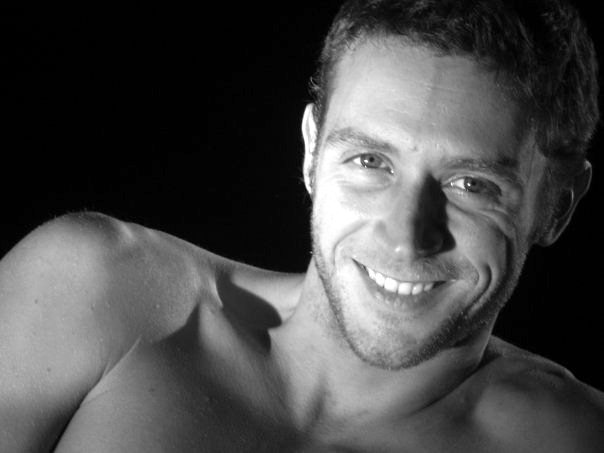 Stefano was born in Trieste in 1974. He starts practicing artistic gymnastics at the age of 5 and by the end of his career in 2000 he has reached the top national levels. Despite a degree in Computer Engeneering he chooses to express himself through his body and in 2003 he enters the company “Kataklò athletic dance theatre” and works with them four 4 years, after that, he enters the cast of “La Divina Commedia, L’Opera” for the season 2007/2008 In Rome. Back in Milan the following year he starts cooperating  with the circus school “Piccolo Circo” as an artist and a trainer and founds “Liberi Di… Physical theatre. 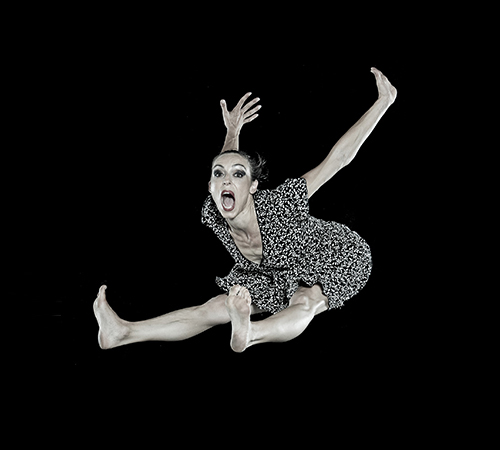 Valentina Marino was born in Siracusa in 1977.  She’s just a child when she starts practicing ballet first and rhythmic gymnastics immediately after. The young girl is very gifted with both physical qualities and determination and in 1992 she enters the Italian national team. She will be regular in the team until 1996, taking part to 5 world championships and to the olympic games in Atlanta 1996. She is 19 year’s old, when, completed her sport career, she starts studying at the University Institute of Motor Science in Milan. In 2000 her will to keep expressing herself through her body brings her to the company Katalò Athletic Dance Teatre. For 7 years she tours around the world performing as a dancer and acrobat, and meanwhile she keeps perfecting her amazing abilities studying dance and circus arts with teachers such as Gaetano Petrosino, Mauro Astolfi, Dimitri Chabardin, Flavio Bennati, Annarita Larghi, and Michele Oliva. In 2007, after performing in “La Divina Commedia, L’Opera” she plays her part in founding “Liberi Di… Physical Theatre”